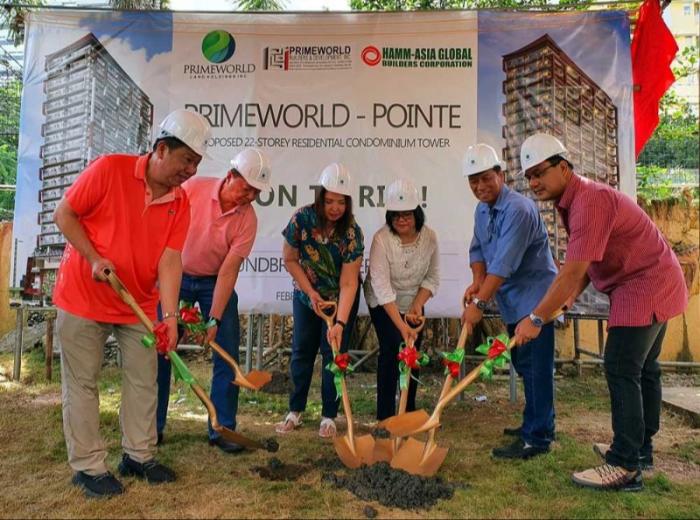 The developer is investing about “half a billion” to build Primeworld Pointe, a 22-story condo that is set to rise on First St. in Barangay Apas, just a few minutes walk away from the Cebu IT Park.

“We expect construction to start by March once the necessary documents are obtained,” Primeworld president Nelba Pangilinan told SunStar Cebu on Saturday, Feb. 15, 2020, in an interview at the groundbreaking of the project.

The project will also come with amenities, such as pool, gym and function areas.

The municipality of Cordova is also on the company’s radar. Pangilinan said the company is currently negotiating on a project in the area, where the third Cebu bridge is being built.

The planned Cordova project will have a hotel and residential buildings.

Primeworld also has an ongoing project in Mactan Island, the 4.6-hectare, eight-tower Primeworld District. This mixed-used project will have condo towers, a hotel and stand-alone residential villas.

The firm is also banking on a future project at the South Road Properties, near Talisay City.